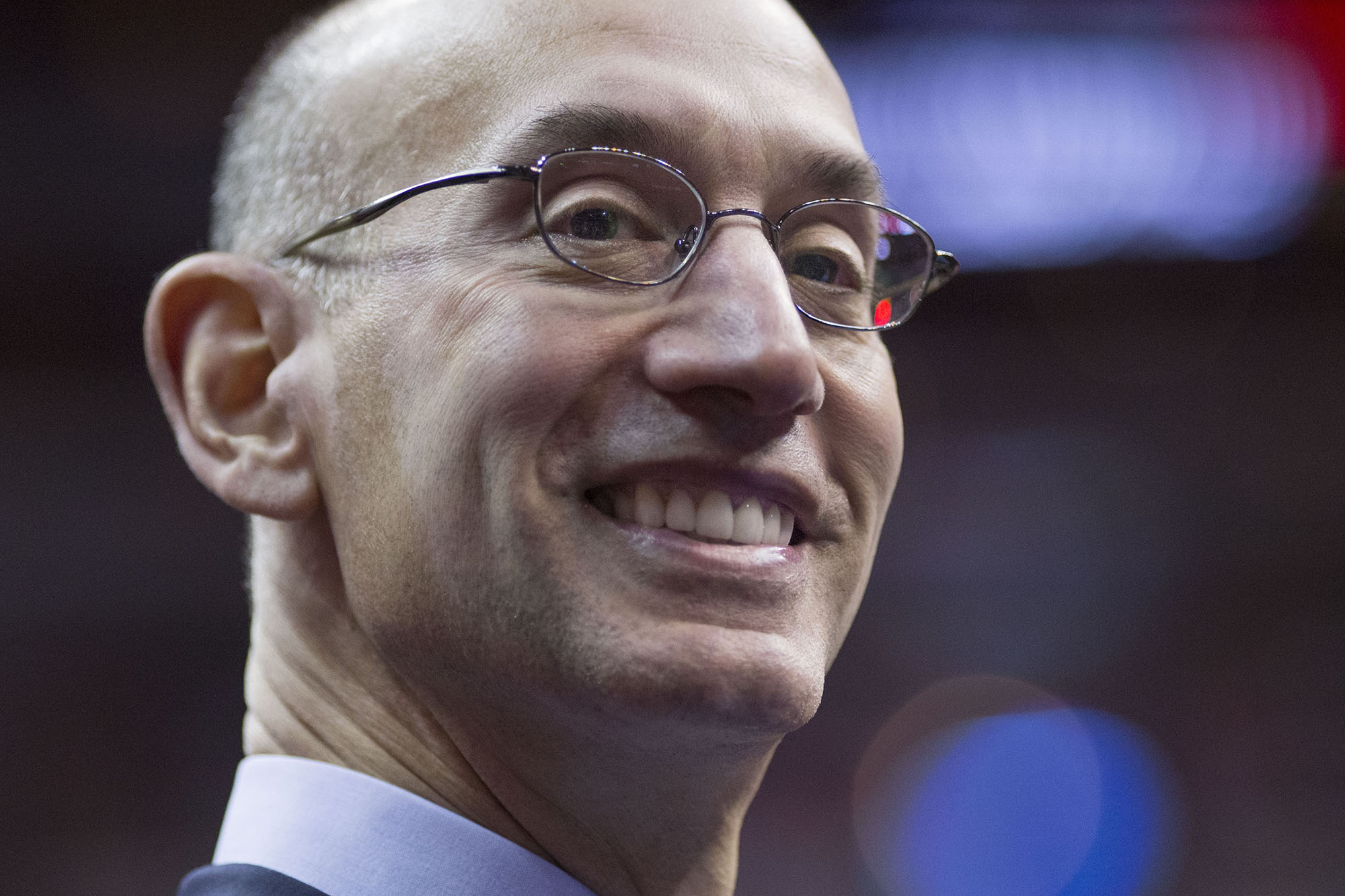 I wrote about the “X Factor” in this article. I first defined the qualities I found in the most successful advisors I know. It’s a combination of thinking differently, a focus on listening rather than speaking, trying to elicit the agenda of their prospect rather than imposing their own and never being defensive.

There’s also something else – the X factor. It’s an intangible. I can’t describe it in concrete terms. But I recognize it when I see it.

Many advisors ask me how they can emulate the conduct of advisors with the X factor. It’s a challenging question.

I recently found it in an unlikely source: The commissioner of the National Basketball Association, Adam Silver.

My very good friend, Michael H. Goldberg, died on January 20, 2017. He was the executive director of the National Basketball Coaches Association for more than 30 years. He was also an extraordinary human being, who touched the lives of all who knew him. You can read more about him in this obituary in The New York Times.

You would never see Michael without his trademarked bow tie. He didn’t need anything to make him more memorable, but he thought wearing a bow tie would set him apart even more.

He was diagnosed with terminal cancer about six months before he died. That’s when Commissioner Silver and the National Basketball Coaches Association swung into action.

Spearheaded by Rick Carlisle, the head of the Coach’s Association, the NBA quickly announced the inception of the Michael H. Goldberg NBCA Coach of the Year award. It will be given to the most successful head coach in the NBA (both on and off the court), based on a vote of fellow coaches. Michael was deeply moved when he learned of this award.

Then, the Basketball Hall of Fame announced it would give him the John W. Bunn Lifetime Achievement award.

In honor of Michael, a number of coaches wore bow ties during games in his honor.

While these were extraordinary gestures, Mr. Silver and Mr. Carlisle weren’t finished.

After Michael died, without any fanfare, the NBA organized a memorial service for him. This was no ordinary event. Over 400 people attended. It was meticulously planned, with no expense spared. Speakers included Commissioner Silver and Mr. Carlisle, among other basketball luminaries. Al Alpert hosted. The NBA put together a video montage of Michael’s life. The event was photographed so the family would have memories of it.

It was moving and extraordinary.

Michael’s wife, Linda, told me of the countless other kindnesses extended to her and her family by the NBA and Mr. Carlisle after Michael died. I suspect they did other things in his memory we may never know about.

Here’s the remarkable part. Michael didn’t work for the NBA. His advocacy for the Coaches Association often put him at loggerheads with the interest of the NBA. Commissioner Silver’s thoughtfulness didn’t benefit him or the NBA.

Commissioner Silver honored Michael with kindness, compassion, decency and generosity. Both he and Rick Carlisle are extraordinary people.

They have the X factor.